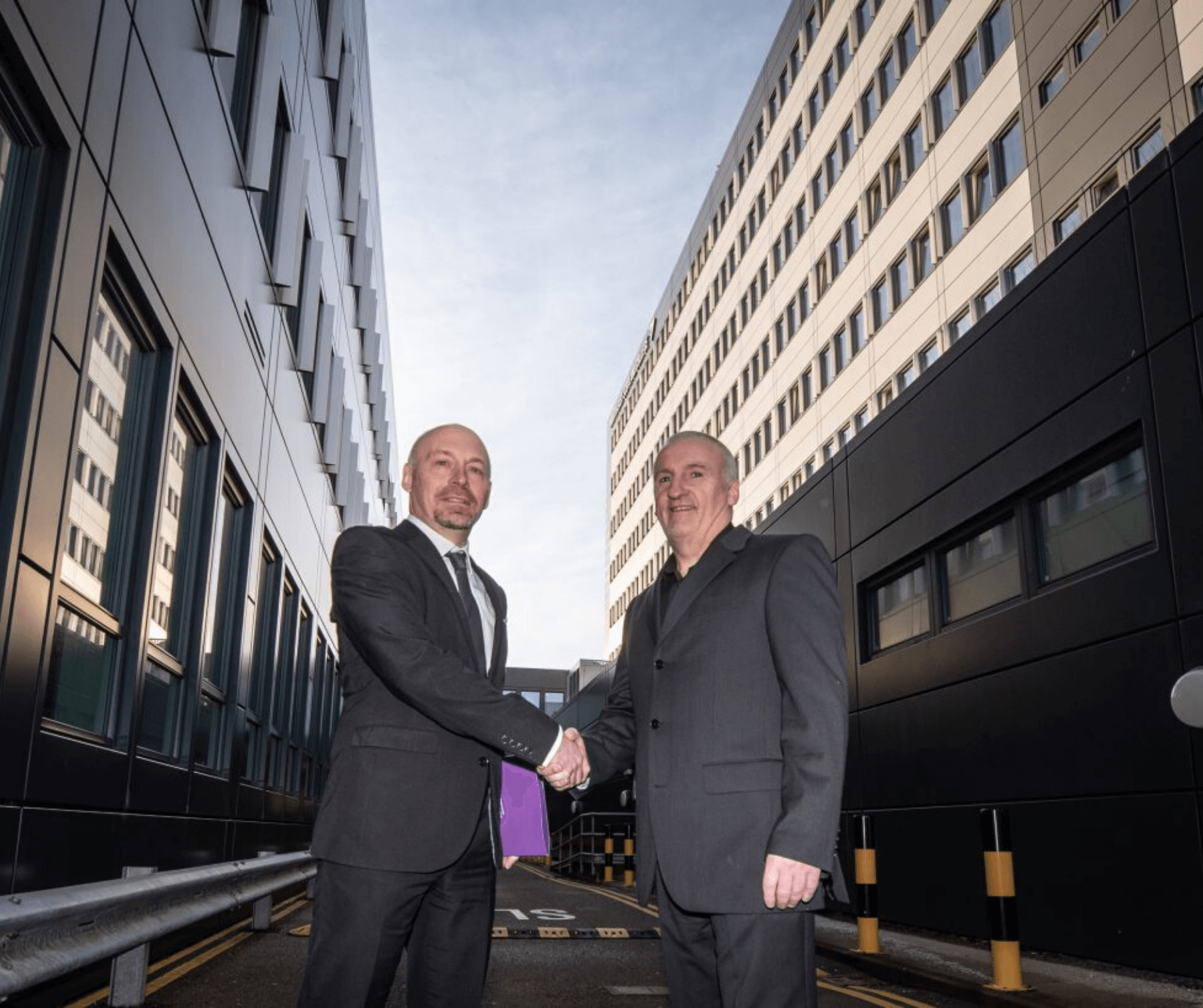 The contract between AH&P’s commercial division DEAL (District Energy Aberdeen Ltd) and the college will see the delivery of both heat and hot water to the City Centre Campus at the Gallowgate campus later this year.

Delivering the service involves extending the network from West North Street to NESCol’s Spring Garden entrance, and work began at the beginning of February.

The project is now on hold until the end of current Covid-19 restrictions.

AH&P CEO Ian Davidson said: ‘We are delighted to be partnering with NESCol — this connection will allow a significant reduction in carbon emissions from the site while offering a competitively-priced, energy tariff.

‘This is a key strategic connection for us to allow further growth in both the domestic and commercial markets and takes us a step closer to providing a fully integrated city-wide district heating system.’

Pete Smith, NESCol Vice-Principal for Finance and Resources, said: ‘Environmental responsibilities and sustainability are at the heart of North East Scotland College’s daily operations as well as integral to the evolution of our curriculum. We’re committed to playing a leading role not only regionally but nationally and the partnership with Aberdeen Heat & Power is another positive step forward, providing an energy solution that supports our wider ambitions.

‘We are proud to have delivered among the largest reductions in carbon emissions across Scotland’s further and higher education sector in recent years and enthusiastic about the opportunities to continue to innovate. For our students, staff and the communities we serve it is vital that we keep sustainability at the top of the agenda, and we are doing that through a variety of exciting initiatives.’

DEAL was established in 2013 as a wholly-owned AH&P subsidiary to enable commercial customers to join the network. All profits made are collected by not-for-profit AH&P and channelled back into the network to maintain low energy tariffs for the core domestic market and further the aims of reducing fuel poverty.

The city centre network is currently supplied by energy centres at Seaton and within the Lynx Ice Arena, with a heat capacity of 16.5Mwh.

Mr Davidson said: ‘The NESCol contract demonstrates the commitment of both Aberdeen City Council and ourselves to becoming the UK’s frontrunners in the development of district heat networks with combined heat and power.’

He added that this major step in expanding the network will also help with AH&P staff development, allowing team members to become more familiar with the new technologies now emerging in the district heating and renewables marketplace.

Discussions are meanwhile taking place with gas distribution company SGN and electricity supplier SSE to explore the integration of renewable technologies within district heating networks, said Mr Davidson. ‘We are also talking to Scottish Water about heat from sewerage water, and to Aberdeen City Council about connecting to the energy from waste plant currently under construction in Tullos.’

We use cookies to ensure that we give you the best experience on our website. If you continue to use this site we will assume that you are happy with it.OkPrivacy policy